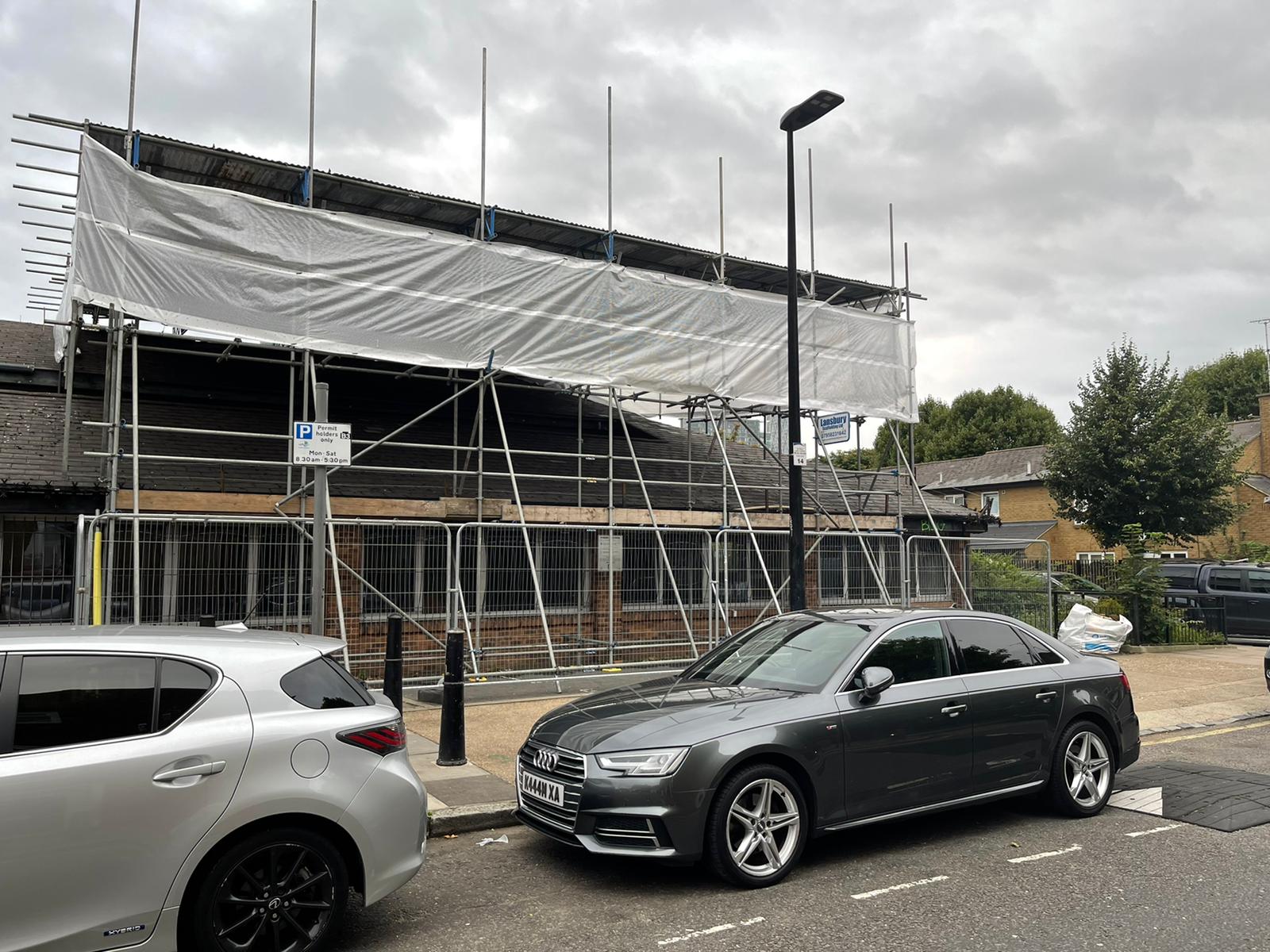 Poplar Boys and Girls Club is an integral part of the community in this disadvantaged corner of East London. As well as providing a great environment for local kids to learn boxing, the facilities are home to a children’s summer camp and after school club.

Usage of the club peaks during the summer months, providing working parents with a safe place to leave their children. It is therefore particularly bad timing that on July 25th the club was struck by lighting. The lightning caused considerable damage to the roof and ceiling. Subsequent water infiltration caused damage to the gym floor turning sections into a health and safety hazard. To add insult to injury, much of of the boxing equipment and children’s games were damaged by water.

In order to ensure the continued survival of this invaluable facility funds needed to be raised urgently. Clifford Morton were therefore delighted to be given the opportunity help. We have joined forces with the club to sponsor and help organise a charity run. The run will consist of four miles around the local area. All funds raised will be going directly towards the rebuilding of the damaged facility.

Get Involved with the Poplar Lightning Run

There are several ways in which you can support the run. The first is to come along and take part!  The adult’s run will commence on Sunday August 29th at 12:00PM from Poplar Club. The children’s run will take place at 10am. Of course if you do take up the challenge then we’d be delighted if you could raise some sponsorship.

If your knees, lungs or any other part of you isn’t up to running four miles then please come down to cheer on the runners and make a donation yourself.

Lastly, if you aren’t able to make it on the day then why not contact Scott and the team to make a small donation to the club? As the saying goes, every little helps and it will be truly appreciated.

East End boxing legend Charlie Magri will be attending the event and presenting finishers medals to children. Charlie will be joined by other celebrity boxers to help the make the event a wonderful occasion.

Best of luck to Bradley from the Clifford Morton Investments team who will be attempting the four miles – training has been going great apparently!

We use cookies on our website to give you the most relevant experience by remembering your preferences and repeat visits. By clicking “Accept All”, you consent to the use of ALL the cookies. However, you may visit "Cookie Settings" to provide a controlled consent.
Cookie SettingsAccept All
Manage consent

This website uses cookies to improve your experience while you navigate through the website. Out of these, the cookies that are categorized as necessary are stored on your browser as they are essential for the working of basic functionalities of the website. We also use third-party cookies that help us analyze and understand how you use this website. These cookies will be stored in your browser only with your consent. You also have the option to opt-out of these cookies. But opting out of some of these cookies may affect your browsing experience.
Necessary Always Enabled
Necessary cookies are absolutely essential for the website to function properly. These cookies ensure basic functionalities and security features of the website, anonymously.
Functional
Functional cookies help to perform certain functionalities like sharing the content of the website on social media platforms, collect feedbacks, and other third-party features.
Performance
Performance cookies are used to understand and analyze the key performance indexes of the website which helps in delivering a better user experience for the visitors.
Analytics
Analytical cookies are used to understand how visitors interact with the website. These cookies help provide information on metrics the number of visitors, bounce rate, traffic source, etc.
Advertisement
Advertisement cookies are used to provide visitors with relevant ads and marketing campaigns. These cookies track visitors across websites and collect information to provide customized ads.
Others
Other uncategorized cookies are those that are being analyzed and have not been classified into a category as yet.
SAVE & ACCEPT